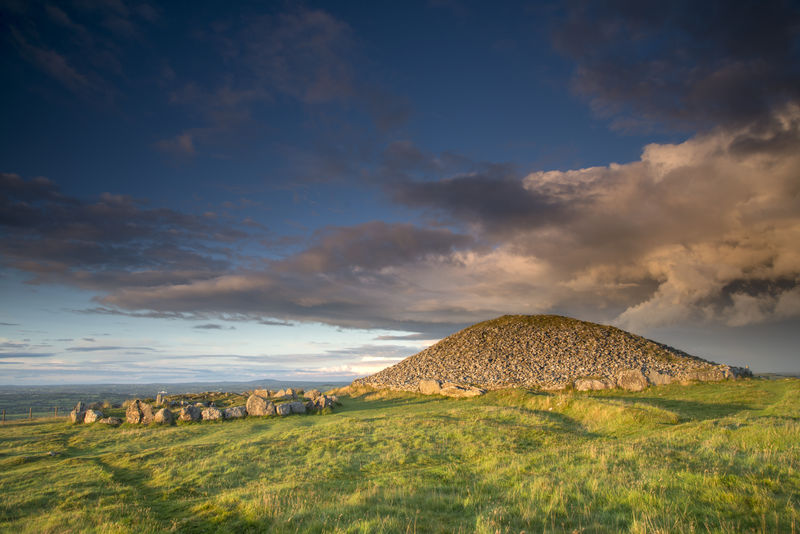 Welcome to the twelfth edition of Armchair Archaeology! In this series we look at the famous and the less well-known sites in the Boyne Valley. As restrictions ease and we plan on where to explore once again, let Boyne Valley Tourism take you on a virtual tour of some of our favourite sites.

This afternoon we are visiting the magical hill of Loughcrew, Co Meath. Clare Tuffy of OPW is our guide on this journey….

At the top of the highest hills in Co Meath are some of its oldest monuments: the Loughcrew Cairns. This complex of 5000-year-old passage tombs is contemporary with, though on a smaller scale than, the monuments of Newgrange, Knowth and Dowth at Brú na Bóinne. 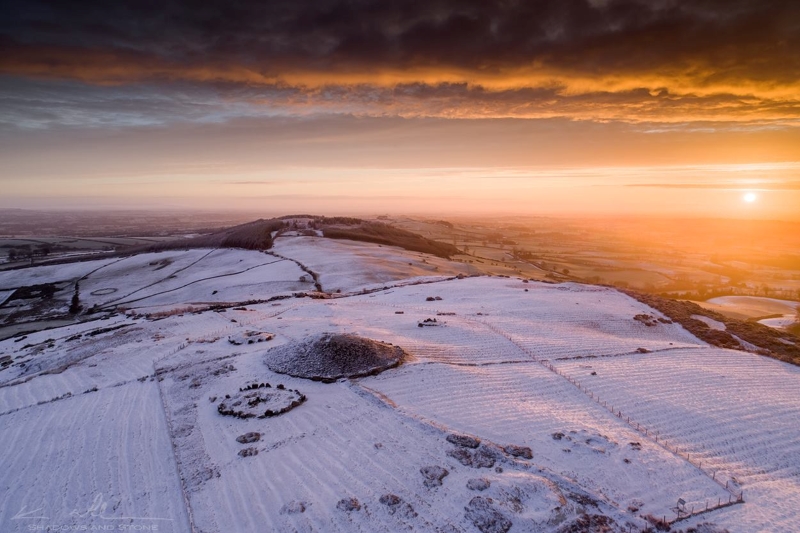 Constructed during the Neolithic or New Stone Age, the monuments were used as burial places but like those at Brú na Bóinne, they probably had a wider role. They may have been a focal point for the community, a place to honour the ancestors, a symbol of the community’s wealth and a territorial marker.

There are now about 30 tombs at Loughcrew, which are sited on four different hills. These hills are shown on maps as Sliabh na Caillí or the Hills of the Witch.

Legend has it that the Hag or Witch jumped from one hill to the next, dropping stones from her apron to form the cairns. After she had jumped onto three hills, she still had to get to another and make a fourth group of cairns in order to attain great power. As she attempted to get to the last hill, she fell and died. The story says she is buried where she fell, on the slopes of Patrickstown Hill.

The tombs have dominated the landscape south of Oldcastle for thousands of years and they can be seen from a great distance. Cairn T on Carnbane East is the best known and the most visited. The Office of Public Works provide a free guide service there during the summer months and for many years has been on the hill with the public for dawn at the time of Equinox sunrise, i.e. March and September. 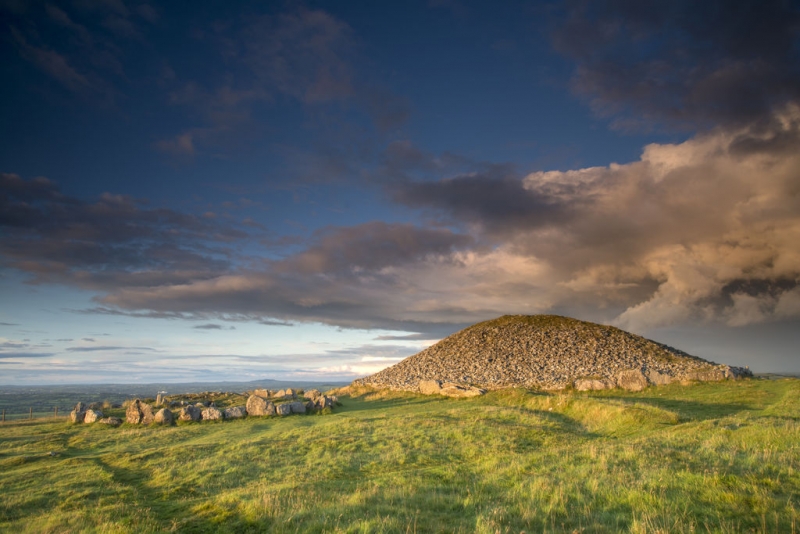 The beam of light, which enters the chamber at Cairn T and highlights the art on the back stone of the end recess, shines in for almost an hour in comparison to the 17 minutes illumination that happens at Newgrange during the Winter Solstice dawn. 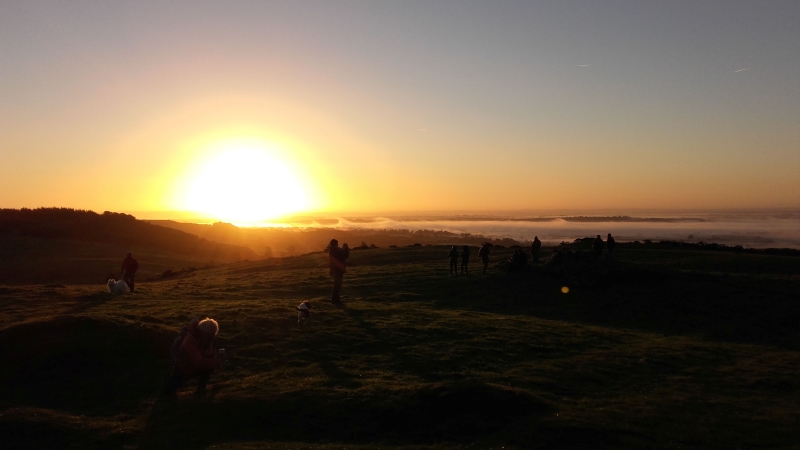 Having arrived at the car park in the darkness, there is still a very steep hill to climb before you arrive at Cairn T. For those who make the effort the reward is great.

There is a feeling of being on top of the world …the surrounding countryside below is in darkness except for the lights of Oldcastle town as you climb up the hill. From the top of the hill gazing eastwards, the outline of Patrickstown Hill is all that is clear.  The wind is often bitter as the group waits for dawn in a good-humoured huddle. 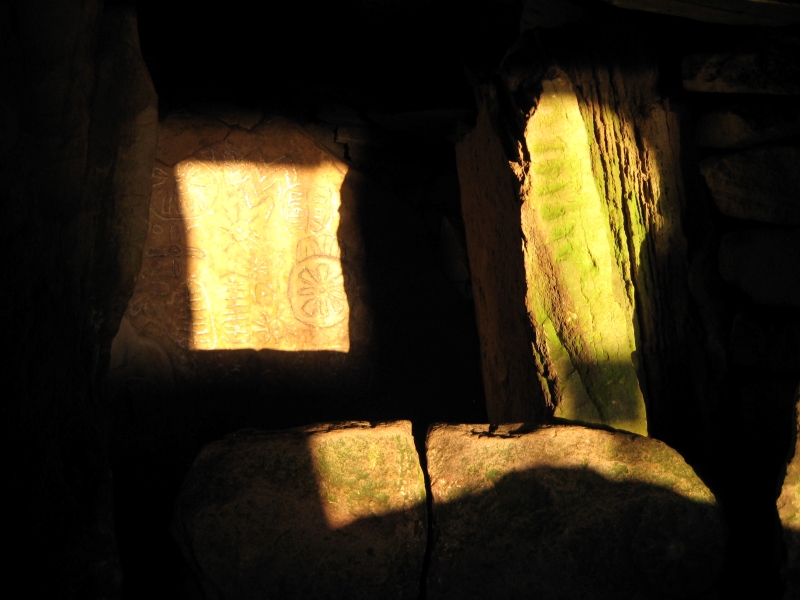 The sky brightens before dawn and if the group are lucky, the sun breaks through and first lights up the hilltop where they are standing and then the rest of the world below.

Five thousand years ago, our ancestors probably gathered on the same hill for the same event. The Equinoxes indicate when the seasons of spring and autumn commence. The farmers who helped to build these wonderful monuments would have gathered there to mark the continuing cycle of the year and of their lives.

Loughcrew reopens on Monday 6th July, where guides will be on site to answer (socially distanced!) questions about this fantastic site.

When you’re done make sure to drop by Loughcrew Megalithic Centre for a coffee and snack, or explore the nearby Fairy Trail on the Loughcrew Estate.