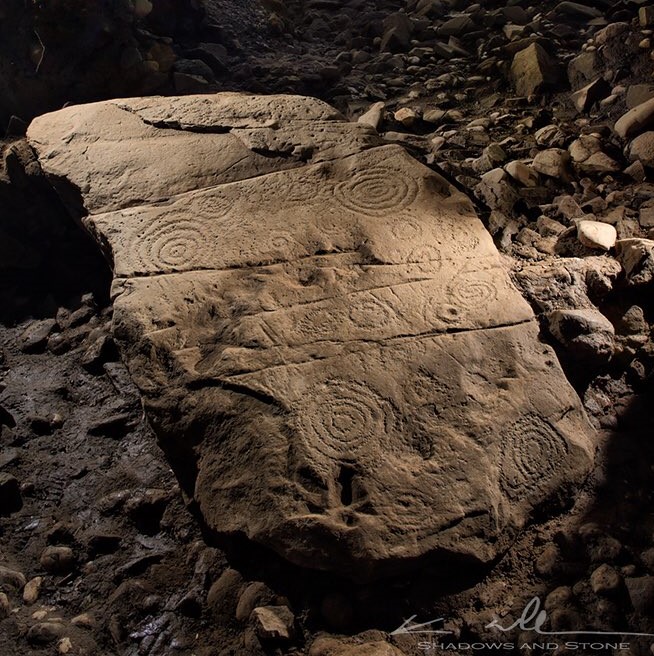 Welcome to the sixth edition of Armchair Archaeology! In this series we look at the famous and the less well-known sites in the Boyne Valley. Since the current restrictions mean we cannot go out and explore in person, let Boyne Valley Tourism take you on a virtual tour of some of our favourite sites. Today we'll be looking at the 5000-year-old passage tomb that was discovered under the small mansion of Dowth Hall. (Title photo: Ken Williams, Shadows and Stone Photography)

In the summer of 2018, the Boyne Valley once again captured the attention and indeed the imagination of not only an Irish audience, but a truly global one. We have already looked at how the drought revealed cropmarks down by the river at Newgrange, revealing the ghost of a structure which has become known across the world as Dronehenge. Perhaps the biggest archaeological event of 2018, if not the last few decades, was the announcement that came on 16 July 2018, when Minister for Culture, Heritage and the Gaeltacht Josepha Madigan revealed the discovery of a previously unknown passage tomb at Dowth Hall. 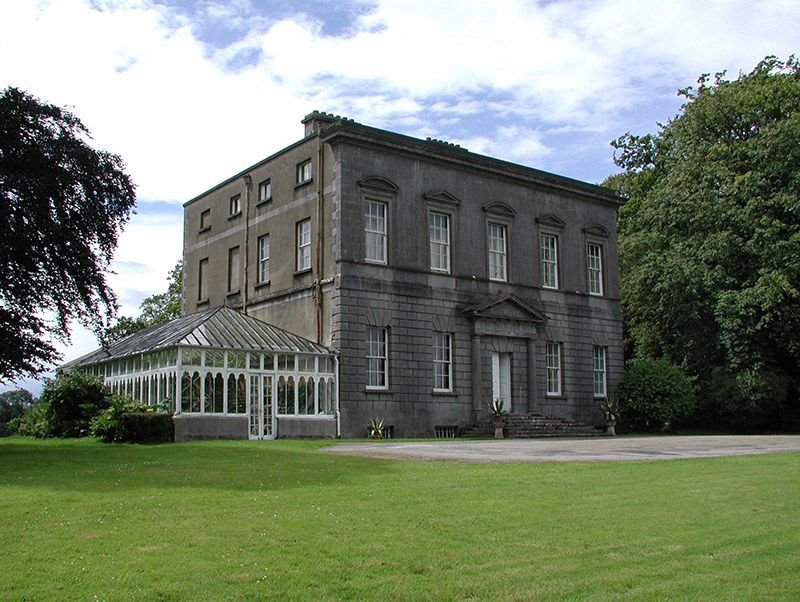 (Dowth Hall prior to excavation/refurbishment. Photo: Buildings of Ireand)

The mansion, built c.1760 by the sixth Viscount Netterville, is to the east of the main mound at Dowth. The Dowth Hall estate, which occupies a large part of the UNESCO World Heritage Site of Brú na Bóinne, was purchased in 2013 by Dr Owen Brennan and Professor Alice Stanton, owners of agri-technology company Devenish Nutrition. The estate, extensively surveyed by Dr Steve Davis of UCD Archaeology since 2012, has numerous archaeological features including two small passage tombs near the back of the house and in front of the house is a large and impressive henge, the largest in the Republic. 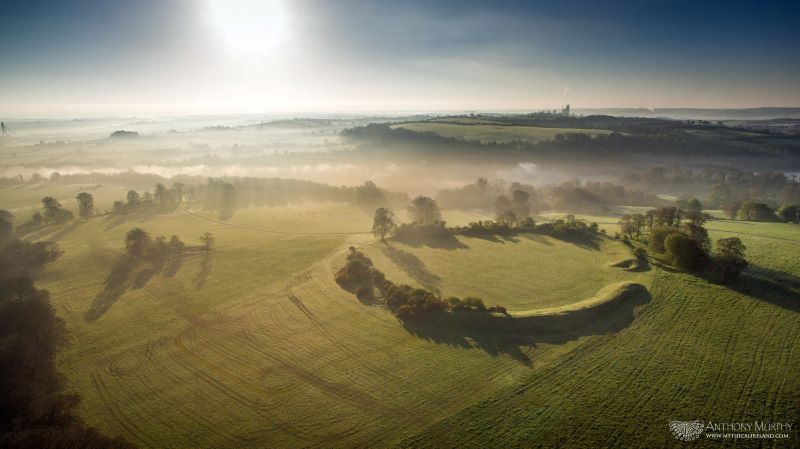 As part of renovation works on the house and estate, archaeologist Dr Clíodhna Ní Lionáin was employed to monitor for any potential archaeology. When investigating the terraced ground around the house Dr Ní Lionáin detected stones that suggested a prehistoric monument. 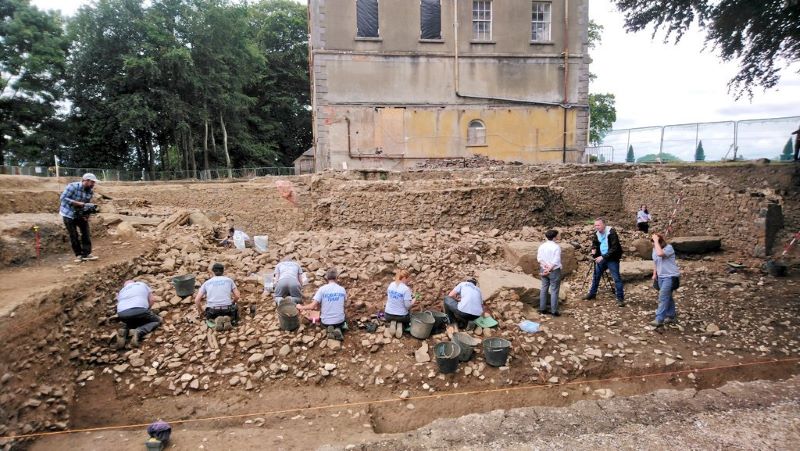 Joined by a team of archaeologists, she continued to uncover more and more material including greywacke kerbstones (like those found at Newgrange, Knowth and Dowth), one of which was particularly impressive, covered in spectacular carved megalithic art. 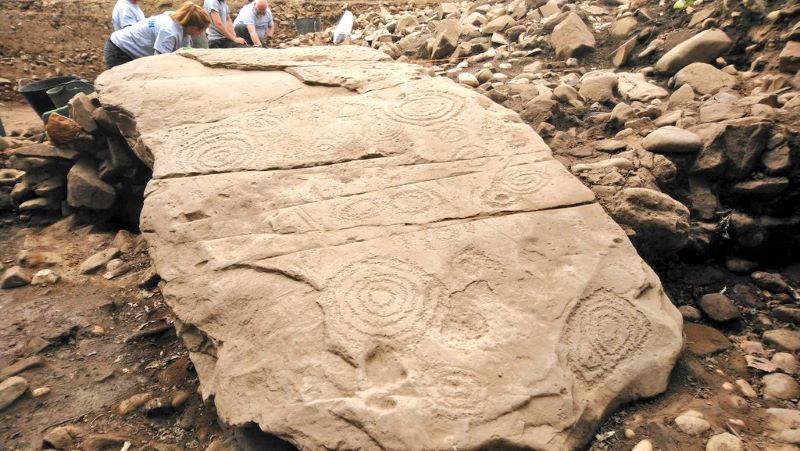 You can watch a video below which gives a virtual tour of the archaeological dig, and its place in the landscape.

The official announcement of the discoveries made headlines around the world, coming as it did only a week or so after the discovery of ‘Dronehenge’. Archaeological excavations are ongoing at Dowth Hall, in what has been described by Dr Ní Lionáin in the Irish Times as the ‘find of a lifetime’, while Dr Davis commented that the mound is ‘the most significant’ megalithic find in Ireland in the last fifty years. Yet another megalithic monument has been added to the already impressive inventory of the Boyne Valley and we look forward to seeing what further discoveries will come to light.

For those interested, Dr Ní Lionáin has given a longer presentation recently for Trasna na Tire, which may be viewed below.

Please note the Lands at Dowth are not open to the public, see their social media for updates.

Some examples of the national and international media coverage

Dailymail: ‘Megalithic tomb uncovered in Ireland is the 'find of a lifetime'’

Irish Central: ‘“Find of a lifetime:” Archaeologists find another Newgrange in Ireland’

We will return to 2018, aka the ‘Summer of Archaeology’, soon for Armchair Archaeology for the final great discovery; the amazing cursus at Newgrange France. In the meantime stay safe and for more information keep up to date with the Boyne Valley newsletter.