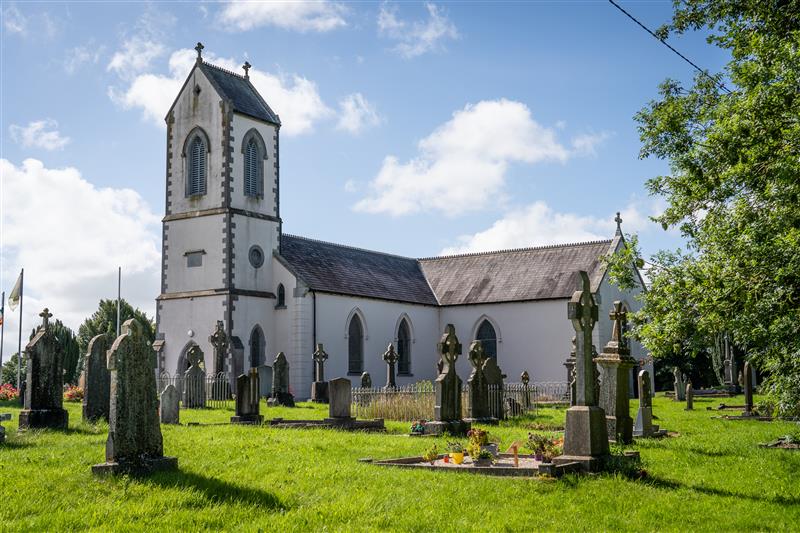 Christmas in Clonard this year will be extra special for many reasons. This little village in Co.Meath is celebrating 1500 years since the foundation, by St Finnian, of one of the most
important early Christian sites in Ireland and to mark this momentous year, Christmas Eve mass from the church will be broadcast live on RTÉ Television and across Europe as part of the
Eurovision project.

This mass will be celebrated by Fr. Tom Gilroy and the choirs and musicians, led by Tammy Flynn have been practising hard for the last few weeks in order to bring an extra special
Christmas sparkle to their already polished repertoire. On the night, the Christmas Eve mass will start at the later time of 11pm, to facilitate its being broadcast on the European Broadcasting Union satellite system, to France, Belgium, Netherlands, Switzerland and other countries who take the feed as part of the European television exchange network, better know as Eurovision.

Kairos Communications Ltd, who are based in nearby Maynooth, will be on site at the church from early that morning, rigging cables, setting lights and microphones and preparing the church for what will be a very special Christmas night in this very strange year. The parish team led by sacristan Trudy McGuiness will also be hard at work to decorate the beautiful building which so many people will see for the very first time through this special televised mass. 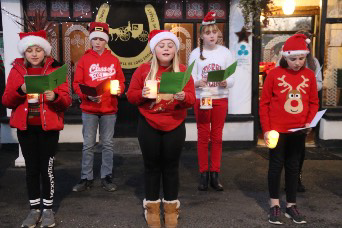 Already an introductory video showing the village and its surroundings has been filmed and will be transmitted at the start of the broadcast. This four minute clip will feature shots from
around Clonard and a small reconstruction of St Finian’s monastic site which was filmed at nearby Clonlost Cemetery. The local school dedicated to Finnian also comes to the fore as the children were filmed cutting cards and colouring in decorations for the festive season. Not to be outdone by the youngest generation, the strong community at the heart of this busy village came out in
force for several socially distanced centre pieces. The local choir carolled outside parishioners homes and the Clonard Vintage and Heritage group brought cars, tractors and even Santa on a bicycle to brighten up the visual introduction for our European neighbours. 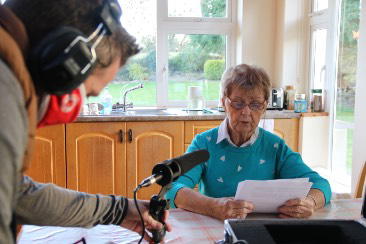 Edited together over the last week, the short film introduces a flavour of Clonard and its special place in Christian history for the European viewers, where 5 broadcasters are
already slated to air the mass including RTS (Frenchspeaking Swiss) VRT (Flemish Belgium), RTBF (French Belgium) & RSI (Italian Swiss). In all there will be a crew of about 21 people involved in the
transmission of the mass and both the parish and the production team are looking forward to presenting a heartwarming and spiritually uplifting service from Clonard
to the whole of Ireland and across Europe on Christmas night.

The production team have already spent several days visiting the church and the village and they are full of enthusiasm for the work being done by the parish. Location shoot director Seamus Callagy was bowled over by the community’s work in preparing the small film.‘to put the best foot forward for Meath and Ireland in the midst of the dark days of a pandemic has not been easy, but to see people working so hard and being so full of enthusiasm for their homeplace made preparing our introduction such a joy and I am sure that joy will come flooding across the airwaves on Christmas night’. 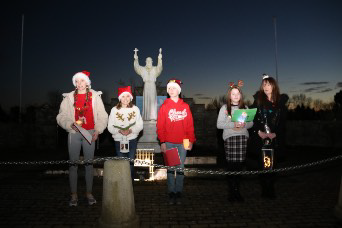 The mass will also air simultaneously on RTÉ Radio and the M.D of Kairos Communications, Fr. Finbarr Tracey is aware of the great responsibility and privilege it is to be sending the signal of Christmas mass from the very western edge of Europe right into the heart of the European Union “Christmas is a time when we remember the birth of Jesus and the shared togetherness of the Christian message. This broadcast too reminds us of our connections across Europe and how much we share as human beings no matter what barriers or borders or languages there may be
between us”