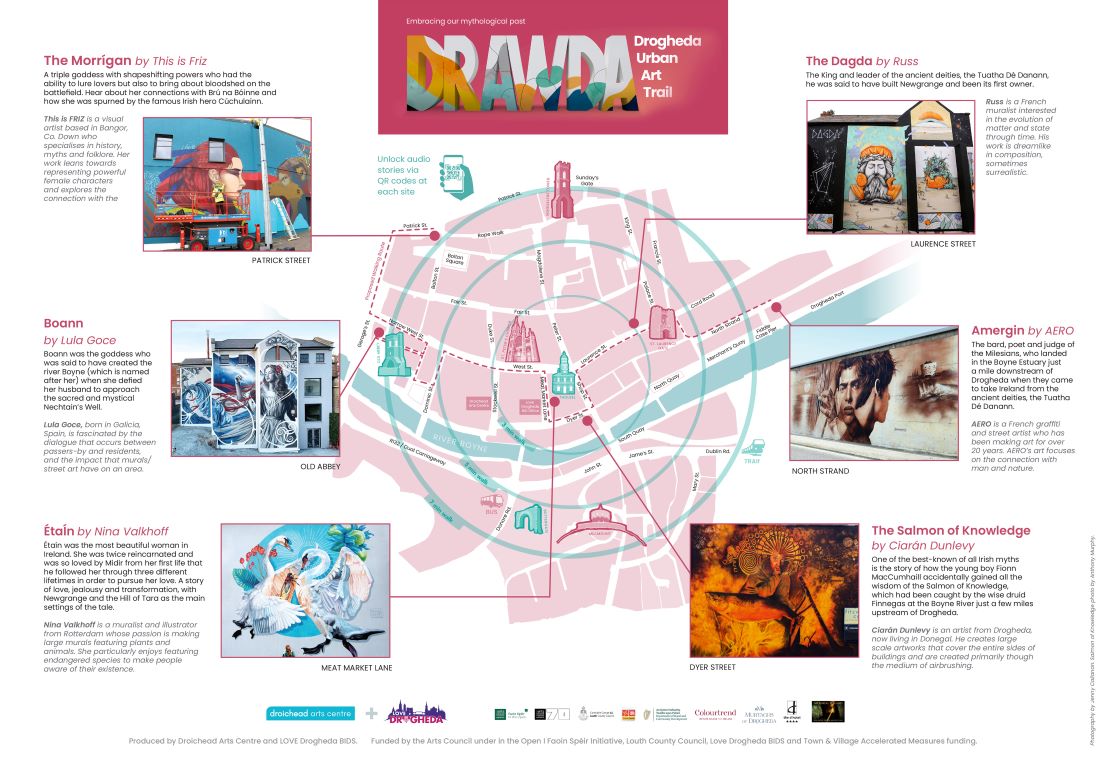 The town of Drogheda has been brought to life in 2022 with 6 beautiful murals depicting key figures and moments from our mythological past. The setting could not be more fitting as the town boasts many historical ties. Drogheda derives its name from the Irish Droichead Átha meaning ‘Bridge of the Ford’. It is the largest town in Co. Louth – Ireland’s smallest county – which is named after Lugh, the great God of the Celts.
For over 800 years, Drogheda has been the stage for many of the events that have shaped Ireland’s destiny. At one time, it could have been regarded as Ireland’s capital city; centuries later, it was port of departure for thousands of desperate famine victims. And in 1649, it became synonymous with one of the blackest chapters in Ireland’s history when Oliver Cromwell unleashed a degree of ruthlessness that still stirs emotions. Steeped in history, Drogheda is a town with a story around every corner. And now you can enjoy the stories with this fascinating urban art trail.

The legend of Salmon of Knowledge 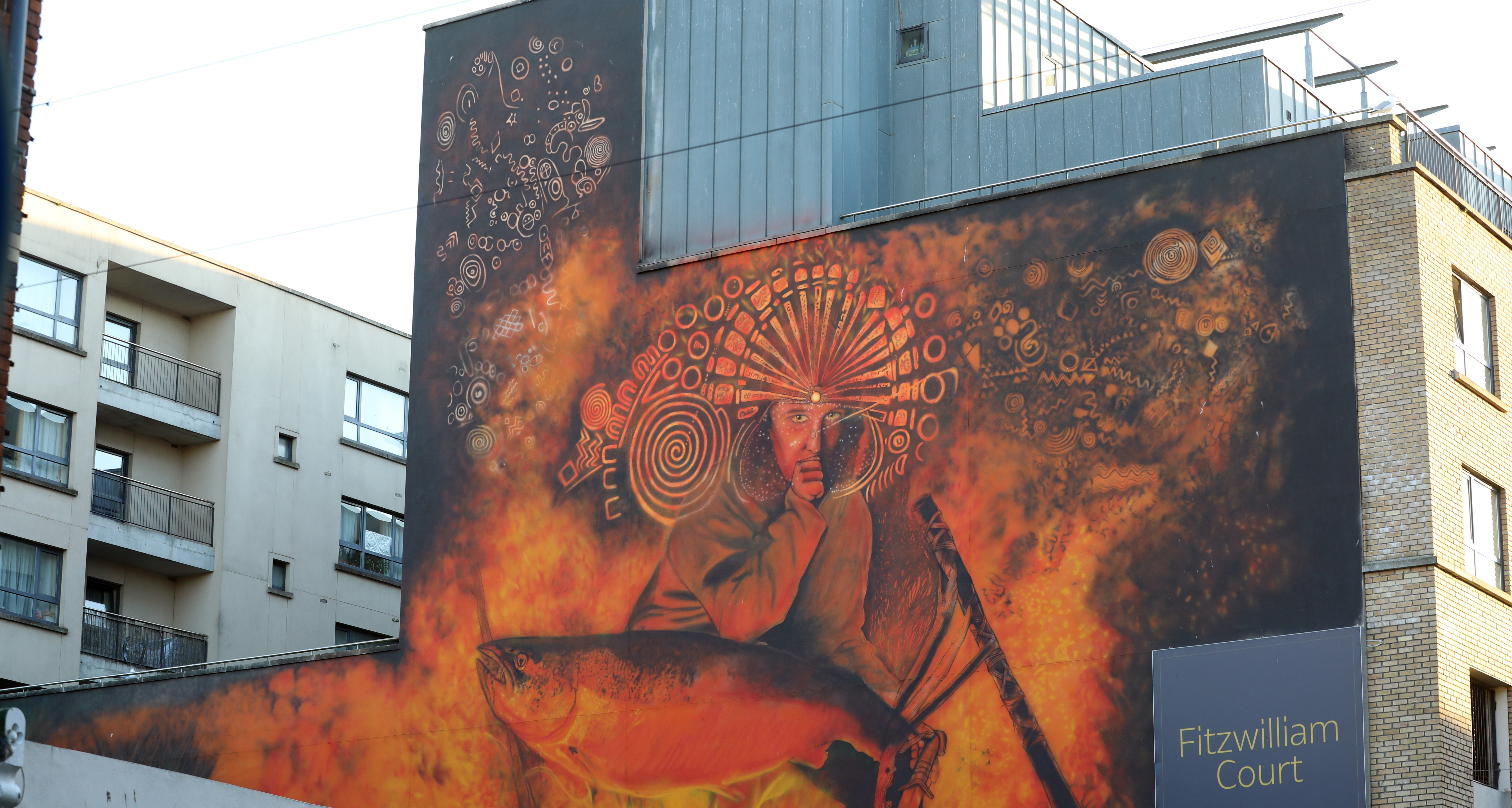 Situated on the Fitzwilliam Court building in Dyer St by Ciarán Dunlevy. One of the best-known of all Irish myths is the story of how the young boy Fionn MacCumhaill accidentally gained all the wisdom of the Salmon of Knowledge, which had been caught by the wise druid Finnegas at the Boyne River just a few miles upstream of Drogheda. 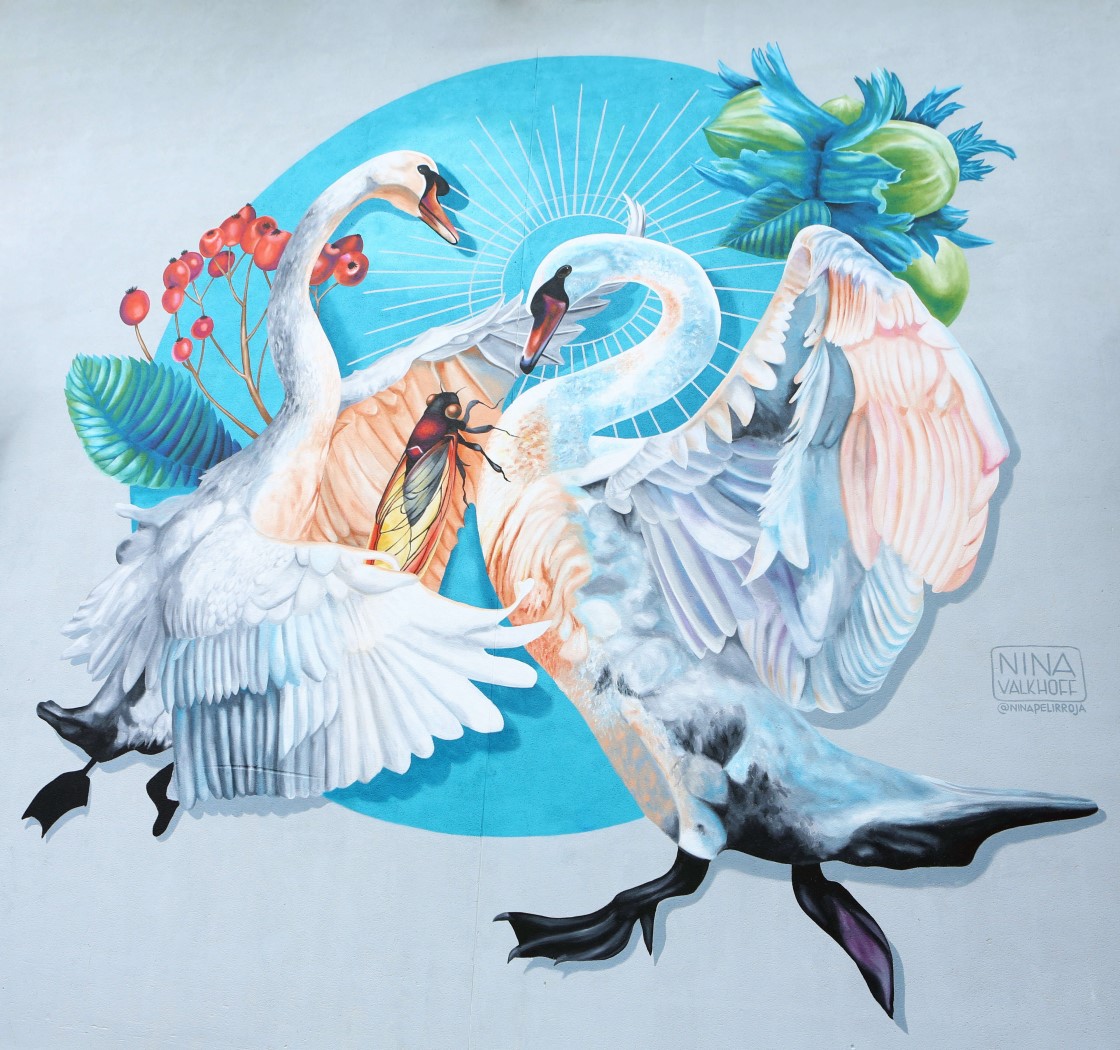 Situated on Meat Market Lane by Nina Valkhoff. Étaín was the most beautiful woman in Ireland. She was twice reincarnated and was so loved by Midir from her first life that he followed her through three different lifetimes to pursue her love. A story of love, jealousy, and transformation, with Newgrange and the Hill of Tara as the main settings of the tale.

Boann Goddess of the Boyne 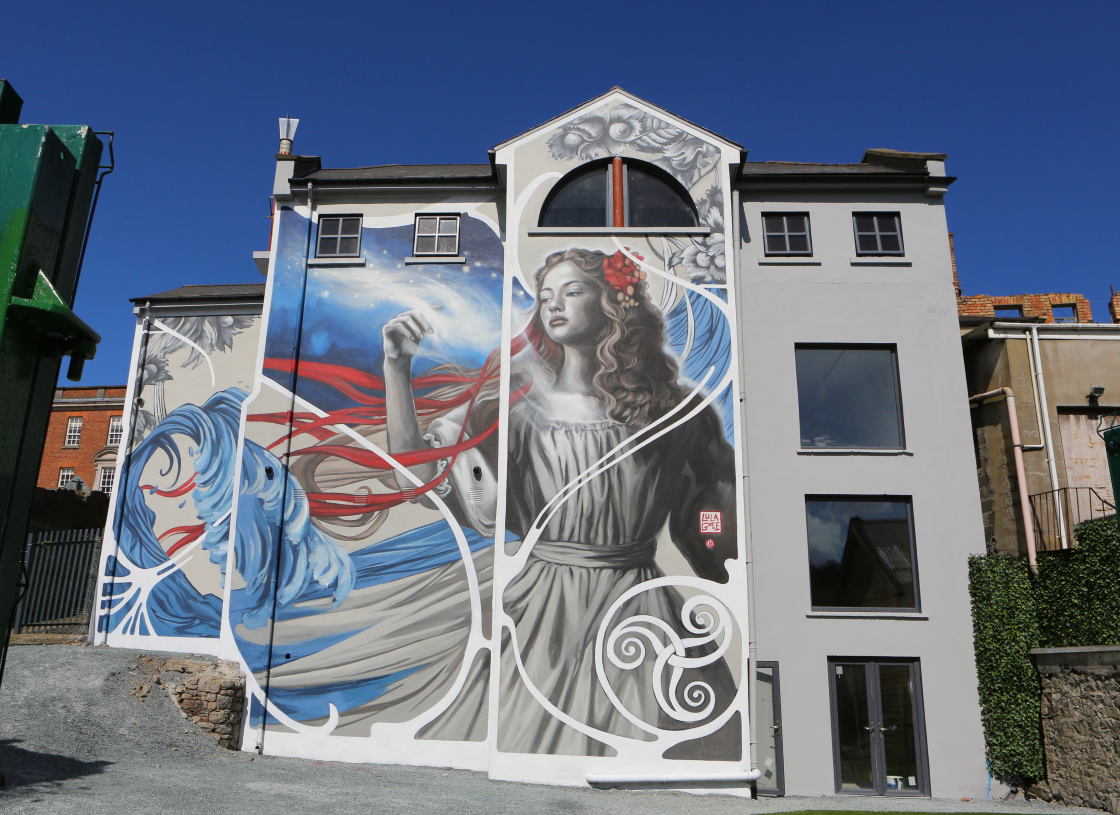 Situated on Abbey Lane by Lula Goce. Boann was the goddess who was said to have created the river Boyne (which is named after her) when she defied her husband to approach the sacred and mystical Nechtain’s Well. Find out more about our mythical goddess on our website here.

The Morrígan a triple Goddess 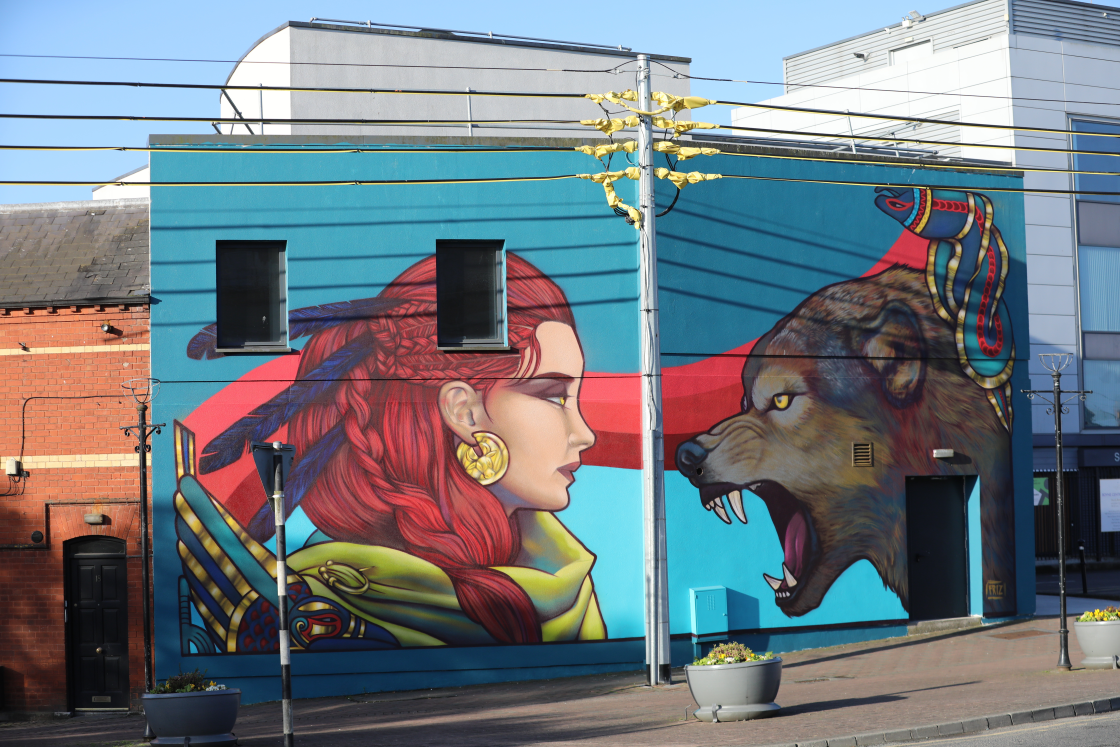 Situated on Patrick Street by This Is Friz. A triple goddess with shapeshifting powers who had the ability to lure lovers but also to bring about bloodshed on the battlefield. Hear about her connections with Brú na Bóinne and how she was spurned by the famous Irish hero Cúchulainn.

Dagda the leader of the Tuatha Dé Danann 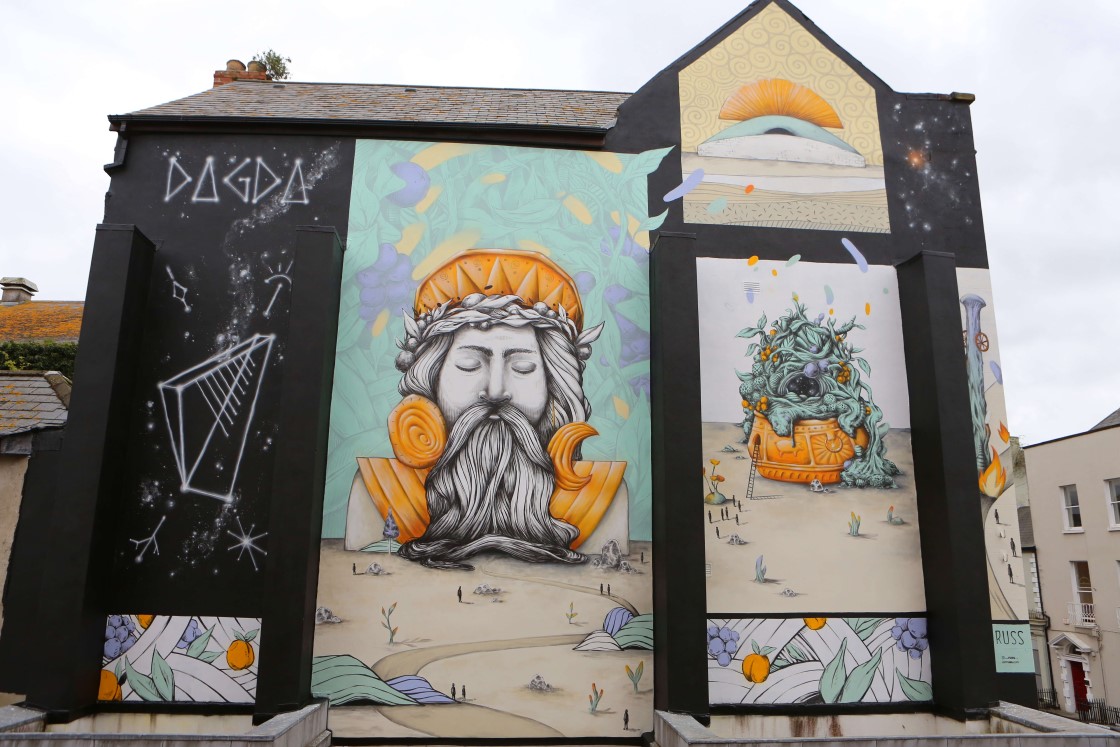 Situated on Lawrence Street by Russ. The King and leader of the ancient deities, the Tuatha Dé Danann, he was said to have built Newgrange and been its first owner. 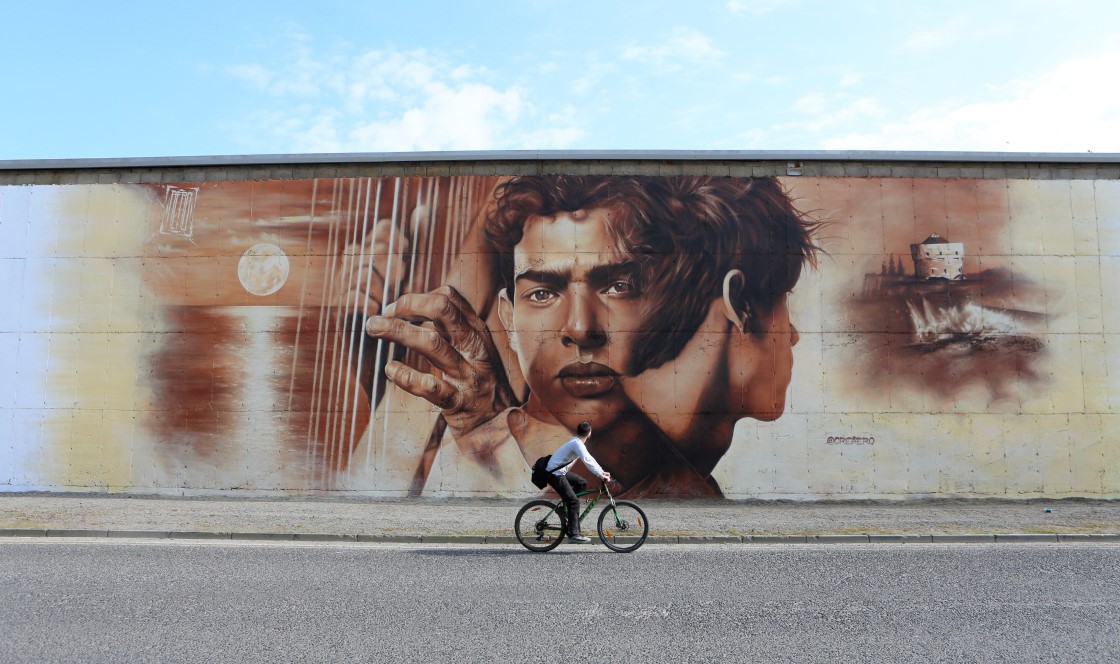 Situated at Drogheda Port by AERO. The bard, poet and judge of the Milesians, who landed in the Boyne Estuary just a mile downstream of Drogheda when they came to take Ireland from the ancient deities, the Tuatha Dé Danann.
This is the perfect way to spend an afternoon discovering the county town of Louth and the gateway to the Boyne Valley region. You can download the digital map here. You can also unlock audio stories via QR codes at each site.
To keep up to date with all our news and special offers just sign up to our newsletter here.