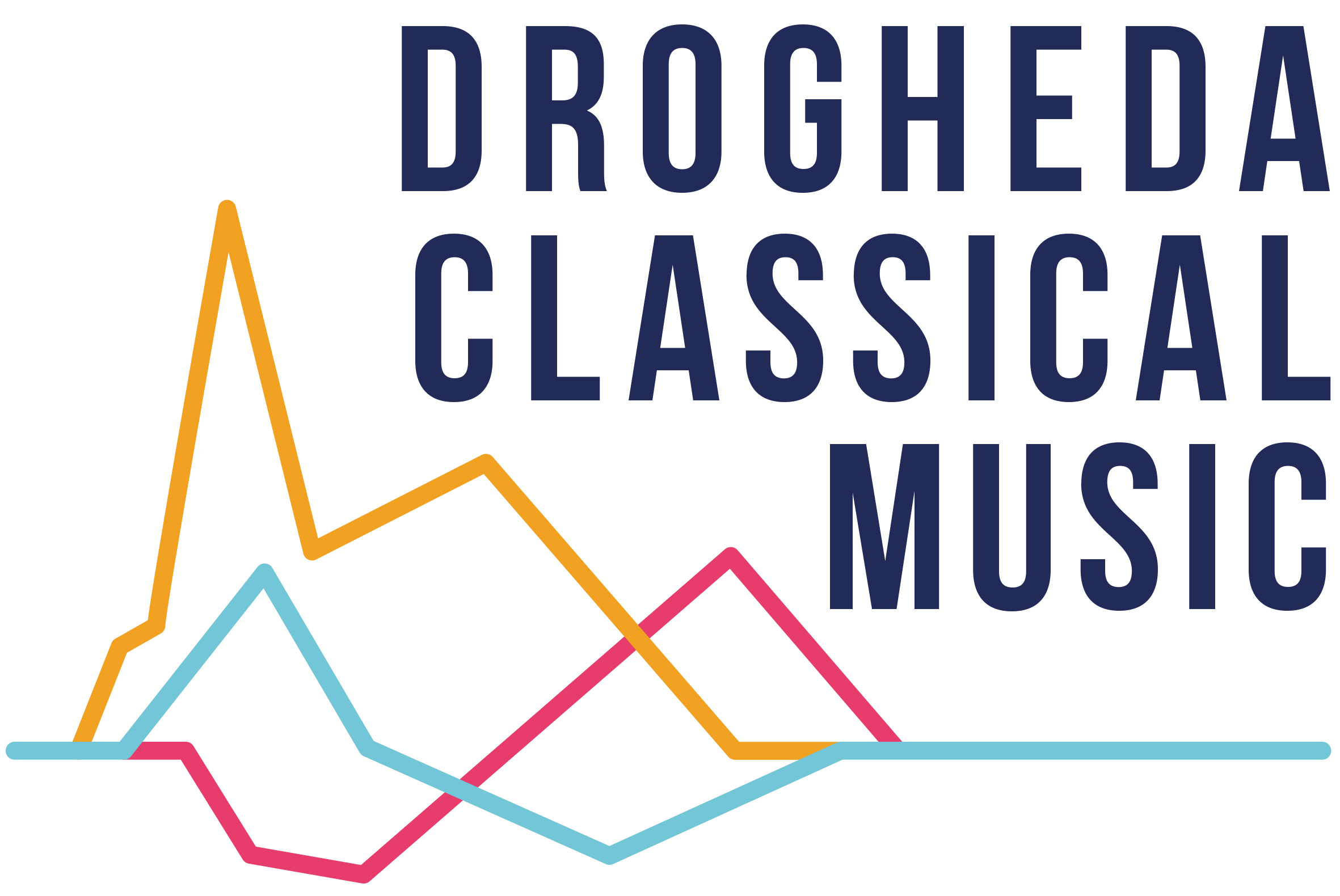 Drogheda Classical Music returns with an autumn series
Drogheda Classical Music is delighted to return with live and in-person concerts this autumn. Celebrating great music and artists, the season shines a light on core works within the chamber music repertoire including a celebration to mark 100 years since the death of French composer Camille Saint-Saëns.

On Saturday 13 November at 7:30pm, the Lir Quartet will be joined by guest cellist Christopher Marwood for Schubert’s Cello Quintet. The last piece of chamber music that he wrote prior to his premature death at the age of 31, it is a work of light and shade, serenity and drama, and surely one of the most recognisable and beloved pieces of his chamber music output. It will be paired with John Kinsella’s quartet ‘On hearing Purcell and Shostakovich at Bantry House - June 2008’.

The final concert in the autumn season on Wednesday 8 December celebrates French composer Camille Saint-Saëns. Although best known for opera, larger orchestral works and instrumental concertos, Saint-Saëns devoted much time and effort to writing chamber music. Marking 100 years since his death, this concert presents two of his great works, the piano quintet and his short and quirky septet for piano, strings and trumpet. This programme will be performed by Fiachra Garvey, Musici Ireland strings and Niall O’Sullivan.
As society reopens following the Covid-19 crisis, we want to ensure safety and comfort. All concerts take place in St Peter’s Church of Ireland, Drogheda and will have restricted numbers. The performances will last approximately 1 hour in duration and be performed without an interval. Tickets are €20 and can be booked through Droichead Arts Centre on 041 9833946 or www.droichead.com with further information available from www.droghedaclassicalmusic.com

The Series is funded by the Arts Council and Louth County Council and run in partnership with Droichead Arts Centre with sponsorship from the d Hotel and RTÉ Supporting the Arts.

Drogheda Classical Music is a boutique series of concerts bringing world-class performers to Ireland for the delight and enjoyment of Irish audiences. Since its first concert in October 2012, it has attracted many top names including Sheku Kanneh-Mason, Angela Hewitt, Alina Ibragimova, Cédric Tiberghien, Johannes Moser, Tara Erraught and Finghin Collins. It is the only series of its kind across the entire North East and offers an intimate concert experience for audience and performers alike.
For more information,
Pauline Ashwood
Director, Drogheda Classical Music
+353 86 8175157 / paulineashwood@gmail.com