Welcome to The Porchfield, Trim 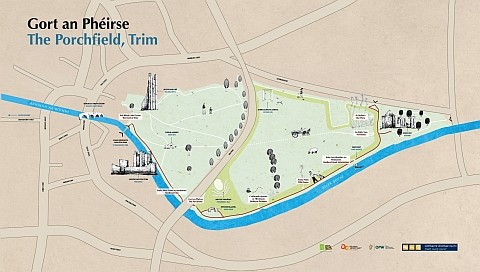 This unique place is a feast for the eyes as you take the River Walk along the banks of the majestic Boyne and enjoy the views of the rich medieval heritage that is so abundant in Trim. From the imposing structure of Trim Castle to the serene setting of St Peter and Paul’s Cathedral at Newtown, you can try to get a sense of what the Porchfield may have looked like in the Middle Ages. Interpretive Panels are located along the River Walk and there are opportunities to take a seat and relax along the route. See what’s in bloom in the wildflower meadow, check out what’s happening at the performance area or visit the outdoor gym if you’re feeling energetic. Read on to discover more about the history of this place and you will also find some useful information on holidaying in the locality.

Note: There is no access to the Porchfield via the Millennium (Pedestrian) Bridge at present. For details of an alternative pedestrian route please click here.

The History of Trim and the Porchfield

The foundation of the town of Trim dates back to the 5th Century AD but excavations of an area to the south of the Castle revealed that there may have been settlers in the region from as early as 370-BC. It is, however, the medieval history of Trim that has had the most significant impact on shaping the town that you are visiting today. As you walk through the Porchfield, you will see some fantastic examples of Trim’s medieval heritage in some of the structures that still remain in the area.

Along with the historical monuments that are visible at every turn, the River Boyne also plays a starring role in this landscape. The name Trim comes from the Irish Áth Truim meaning 'the ford of the elder trees'. A ford being a shallow place for crossing a river.

While the location of the river encouraged the first inhabitants of this area to settle here, it is now greatly valued as fantastic resource for outdoor recreation and is the location of one of the world’s first accredited Blueways, awarded in 2022.

Learn some more about the heritage and landscape of Trim below.

To learn some more about the history and flora of the Porchfield, take a look at this fantastic video. Presented by Finola O’Carroll and Cynthia Simonet, this beautiful and informative piece gives the viewer an insight into how the Porchfield may have looked in times gone by and also how people in medieval Trim may have lived.

Myths and Legends of the River Boyne

Trim is included in the River Boyne and River Blackwater Special Area of Conservation which ensures the protection of the river lamprey, Atlantic salmon and the otter. You can learn more about these species and some of the other birds and plants who call this place home by clicking on the images below and scrolling for information. 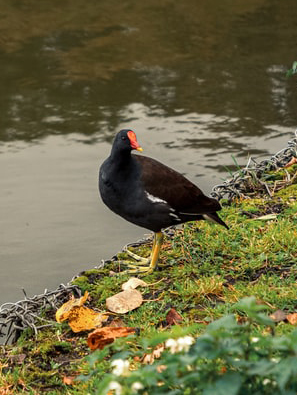 This dark-coloured, medium sized waterfowl is readily identifiable due to its bright red, yellow tipped bill. Under its tail, it has white feathers, which it f licks up and down, so that often all that is seen is a flash of white disappearing into the riverside vegetation. Eats both plant and animal material, feeding on land and in the water. This is one of the most commonly observed birds on the river. Irish populations are resident and birds rarely travel far. In Northern and Eastern Europe, these birds migrate South-West for the winter and add to the native population during the winter months. 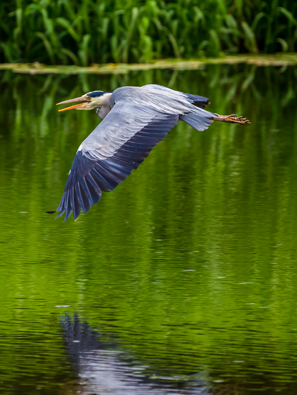 Found throughout Ireland, the heron is a large bird and instantly recognised by its long neck and legs. Its plumage is largely grey above and off-white below. Its bill and legs are yellow except in the breeding season when the bill takes on a reddish hue. Herons nest in colonies although single nests are a relatively common occurrence along the Boyne. Their primary food is fish of various types, speared with its dagger-like beak. The nest of stick construction is usually on the top of a tall tree, but occasionally on the ground where the female lays 4 - 5 pale blue eggs. These birds can be observed at the river's edge, hunting motionless for hours. 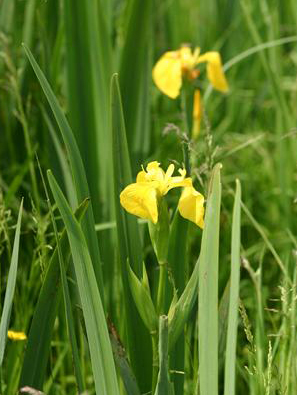 Also called the Yellow Flag, this is the most common iris in Ireland, found in most wet habitats in and around fresh water. Growing up to 1.5m, with characteristic rich, yellow flowers, this is one of the most recognisable waterside plants and can be observed growing in and beside the river. The Yellow Iris has been planted nearly worldwide as an ornamental plant, with several cultivars selected for bog garden planting. However in some regions it has escaped from cultivation to establish itself as an invasive aquatic plant but gardeners love it due to its bright colouring. 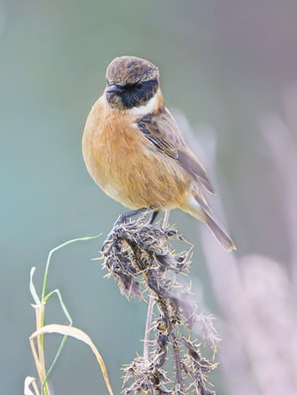 The stonechat is slightly smaller than the robin, its name derived from its distinctive call which is reminiscent of the sound of two stones being knocked together. While the male has a black head with a white collar, the female (pictured here) is rather plain, with a less obvious white collar and brown head. While some birds are resident all year round, others tend to migrate. These small birds feed largely on invertebrates, and populations may suffer large decreases during hard winters. 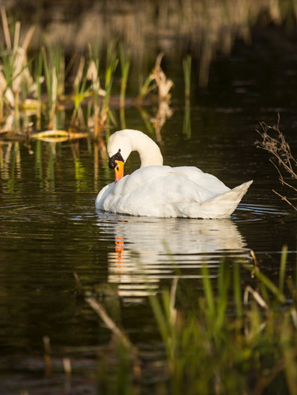 One of our largest resident birds, is also one of the most recognisable and frequently observed. The mute swan can be distinguished from the other types of swan typically seen in Ireland (the Whooper Swan and Bewicks Swan) by its distinctive bill. In adult birds, the bill is orange with a black base and a swollen black protuberance. Its staple food is aquatic vegetation, which it feeds on by dipping its head into the water, although it will also eat small invertebrates and graze on short grass. Typically, Mute Swans pair for life, and from year to year the same pair will breed in the same spot. 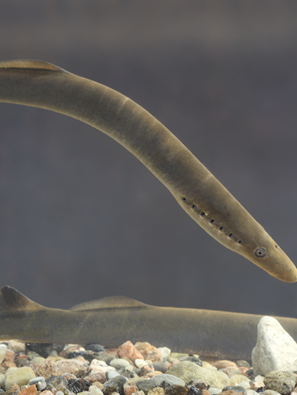 Lampreys belong to a small but ecologically important group of jawless fish, the most primitive of all living vertebrates. They have existed for 400 million years and are eel-shaped but unlike eels, have no jaws or bones with all their skeletal structures consisting of cartilage. Lampreys have no scales or paired fins. Their mouth is a sucking disc and they have distinct eyes, seven gill pores on each side of their body, a single nostril at the top of their heads, with fins running along their back and surrounding their tail. Lampreys constitute a food source for other animals and can act as a buffer for salmon from predators in areas where they are abundant. 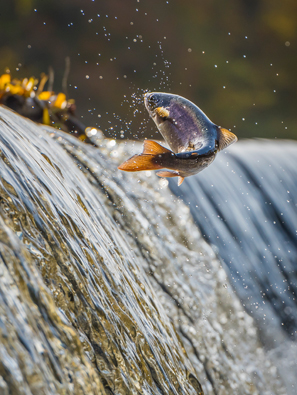 Atlantic Salmon use the Boyne tributaries and headwaters as spawning grounds and the fish run the Boyne almost every month of the year. Large three-sea-winter fish (20-30 lb) generally arrive in February, with smaller spring fish (10 lb) arriving in April/May. The grilse come in July, water permitting. The river gets a further run of fish in late August and this run would appear to last well after the fishing season which lasts from 1st March to 30th September. 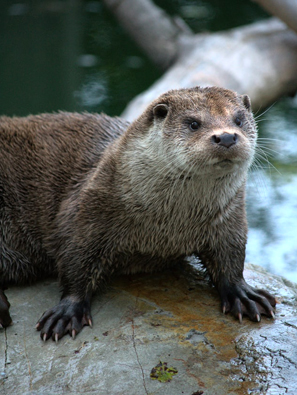 Most populations of otters in Europe are listed as being vulnerable, in decline or extinct except in Ireland where the densest population now exist. Otters are nocturnal carnivorous hunters remaining within their holt for most of the day. Their diet is large and varied. For those occupying freshwater habitats the preferred food items are fish particularly salmon, trout, perch and pike. They will also hunt frogs, small mammals and some waterfowl species like duck, moorhen and coot.

If you are visiting Trim for the first time or indeed if you are a returning visitor, we hope that you will take some time to relax and enjoy what the area has to offer. Below you find some resources to help you while you visit including details of accommodation, things to do, places to eat and drink, visitor information and details of current events and festivals.