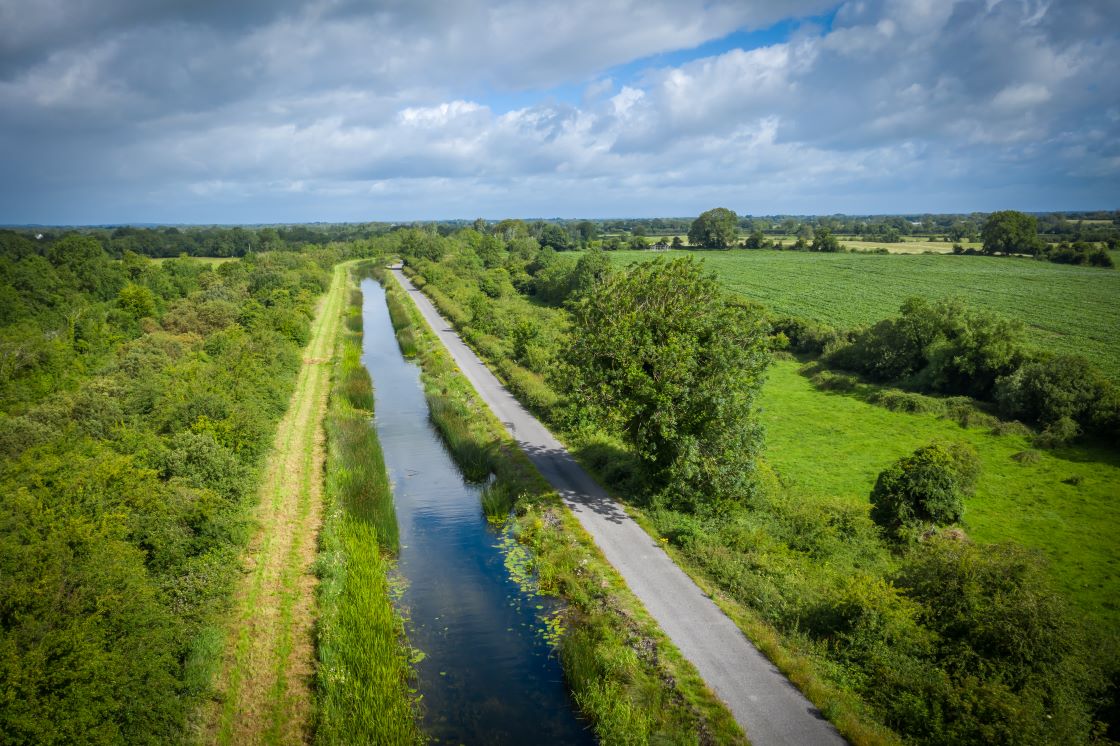 New research from Waterways Ireland has found that more than 640,000 trips have been taken on the Royal Canal Greenway since it opened in March 2021. The 130km amenity crosses Kildare, Meath, Westmeath, and Longford and is a joint initiative between Waterways Ireland and the local authorities in those areas. It is the longest greenway in Ireland, running from Maynooth, Co Kildare to Clondra, Co Longford. It cost €12m to deliver.

A former towpath for barges, the Royal Canal Greenway features 90 bridges, 33 locks, 17 harbours and four aqueducts. Greenway users can choose to complete the entire 130km flat, off-road trail in one visit or to explore the shorter designated routes between the 14 connecting access points and towns. These range from 6km to 15km.

Waterways Ireland appointed Tracsis in 2021 to undertake a validation exercise on the data from physical counters in place along the Greenway and to undertake a consumer survey. The research found that the amenity has returned a dividend of €17.2million to the business community in its first year of operation, returning the investment in the project in eight months. The economic dividend was based on a weighted average visitor spend of €27. 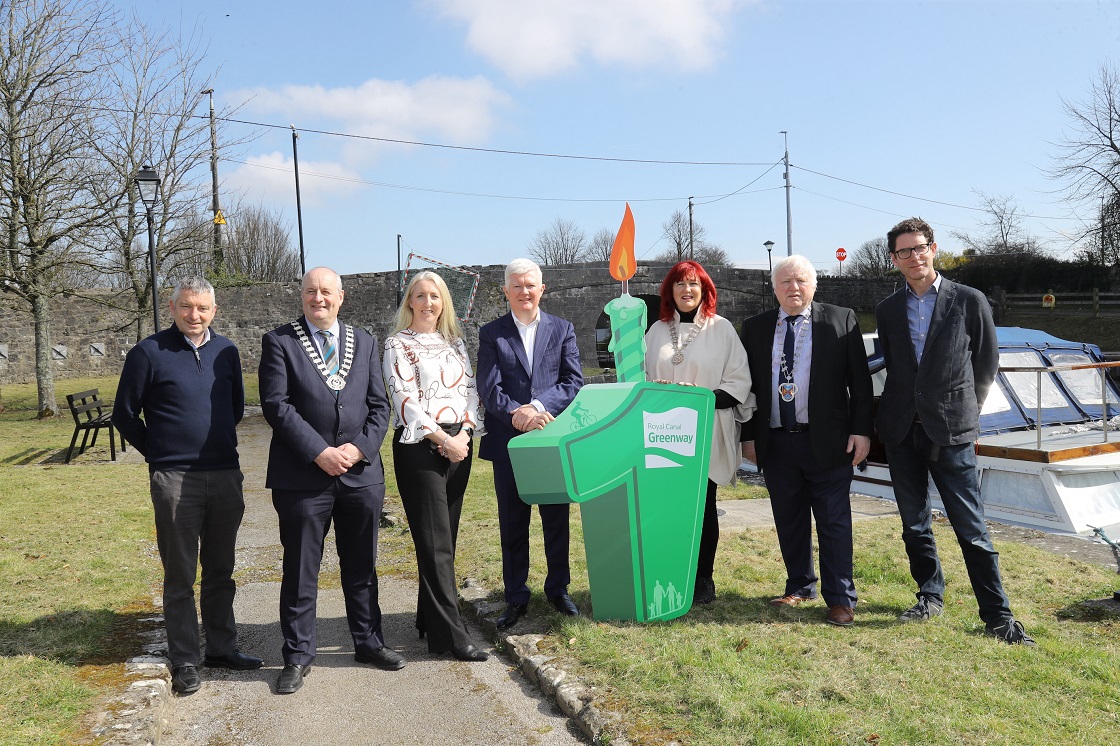 The research also found that across the four counties involved, 17 new businesses have opened and 13 businesses have confirmed that they have pivoted or expanded their business to provide for Greenway customers.

Commenting, chief executive of Waterways Ireland, John McDonagh said: “We are delighted that the Royal Canal Greenway has been an outstanding success in its first year. We acknowledge the commitment of our partners in Longford, Kildare, Meath and Westmeath county councils in delivering this greenway and that of local communities and businesses, which have helped to make it a success by creating new tourist and recreational opportunities. We look forward to welcoming more domestic and international visitors in the coming years.”

The Greenway links to a number of high-profile attractions along the route, including trails to Carton House in Maynooth; Corlea Trackway Visitor Centre — one of the largest prehistoric roads in Europe — and Center Parcs in Longford. The 165km self-guided National Famine Way also travels largely along the greenway, following the footsteps of 1,490 emigrants who walked from Roscommon to Dublin at the peak of the famine in 1847. The Royal Canal Greenway also forms part of EuroVelo 2, a 5,000km “Capitals Route” that passes through Ireland, the UK, the Netherlands, Germany, Poland, Belarus.

Cathaoirleach of Meath County Council, Councillor Sean Drew added: “Over the past year the Royal Canal Greenway has served as a haven for so many who are getting out and getting active. I would encourage those interested in cycling and walking in this beautiful countryside to come and visit and experience it first-hand. The Greenway is an invaluable resource, providing for the people of Meath and beyond for years to come.”

For more on the Royal Canal Greenway in the Boyne Valley, click here. 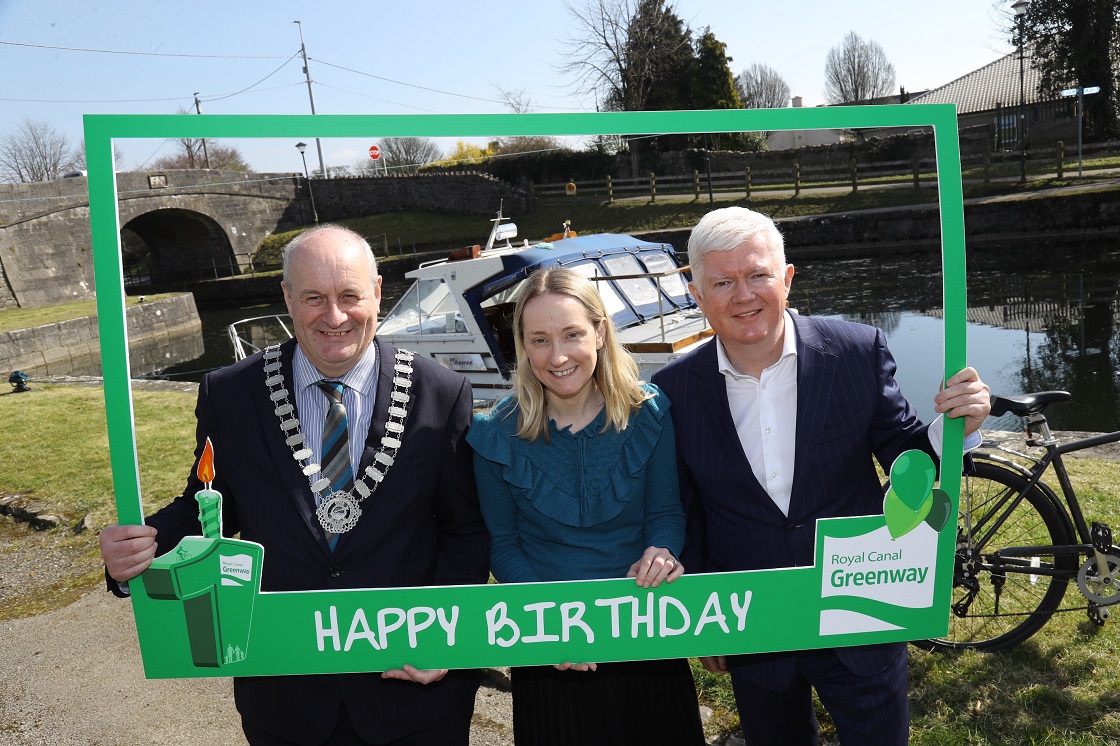