Over 800 years, Drogheda has been the stage for many of the events that have shaped Ireland’s destiny.

At one time, it could have been regarded as Ireland’s capital city; centuries later, it was port of departure for thousands of desperate famine victims. And in 1649, it became synonymous with one of the blackest chapters in Ireland’s history when Oliver Cromwell unleashed a degree of ruthlessness that still stirs emotions. 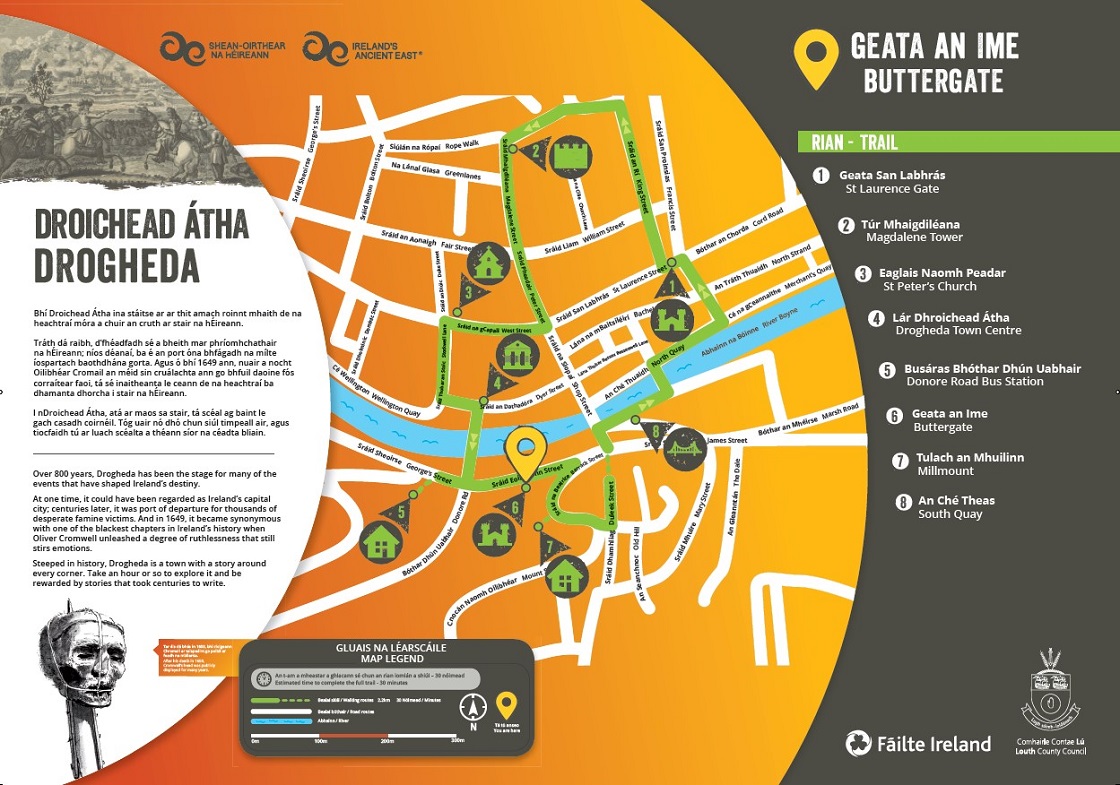 The town of Athboy began sometime during the sixth century A.D. as a settlement at the river crossing known as the Yellow Ford. Long before this however, the inhabitants of Athboy were Druids, who had settlements at the nearby Hill of Ward. The Hill of Ward, also known as Tlachtga, is the site where the feast of Samhain was celebrated. Samhain is credited with being the forerunner of Halloween. 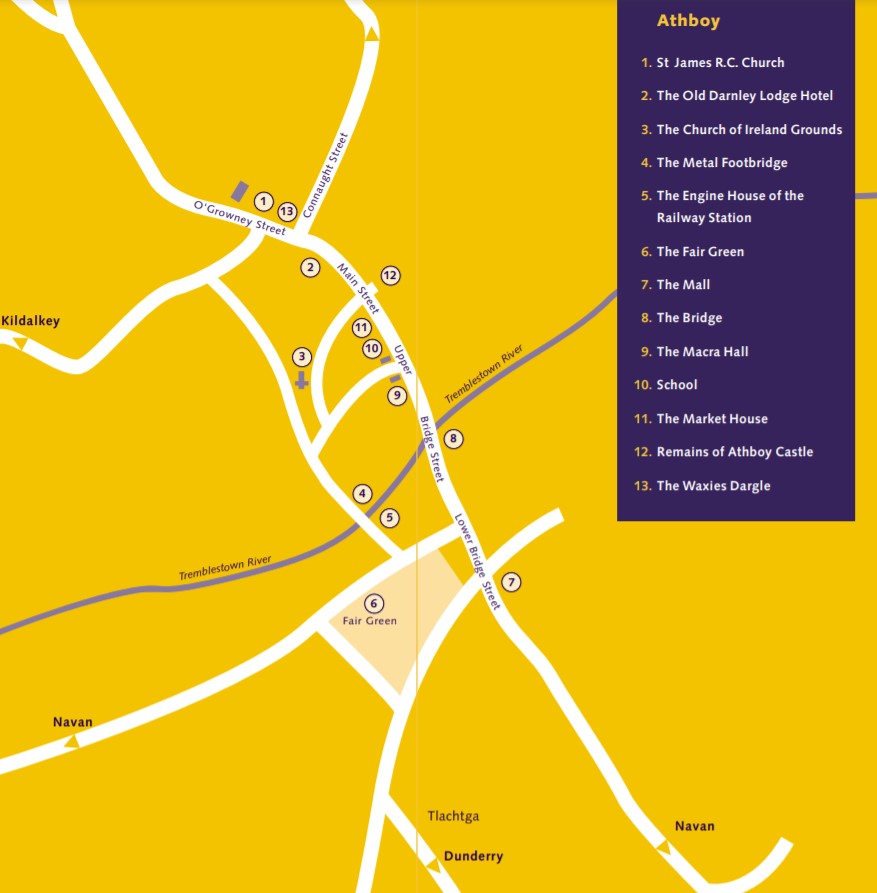 A place made famous by the monastic school of St Finian in the 6th century, a seat of learning and place from where many well known saints travelled to Britain and Europe. 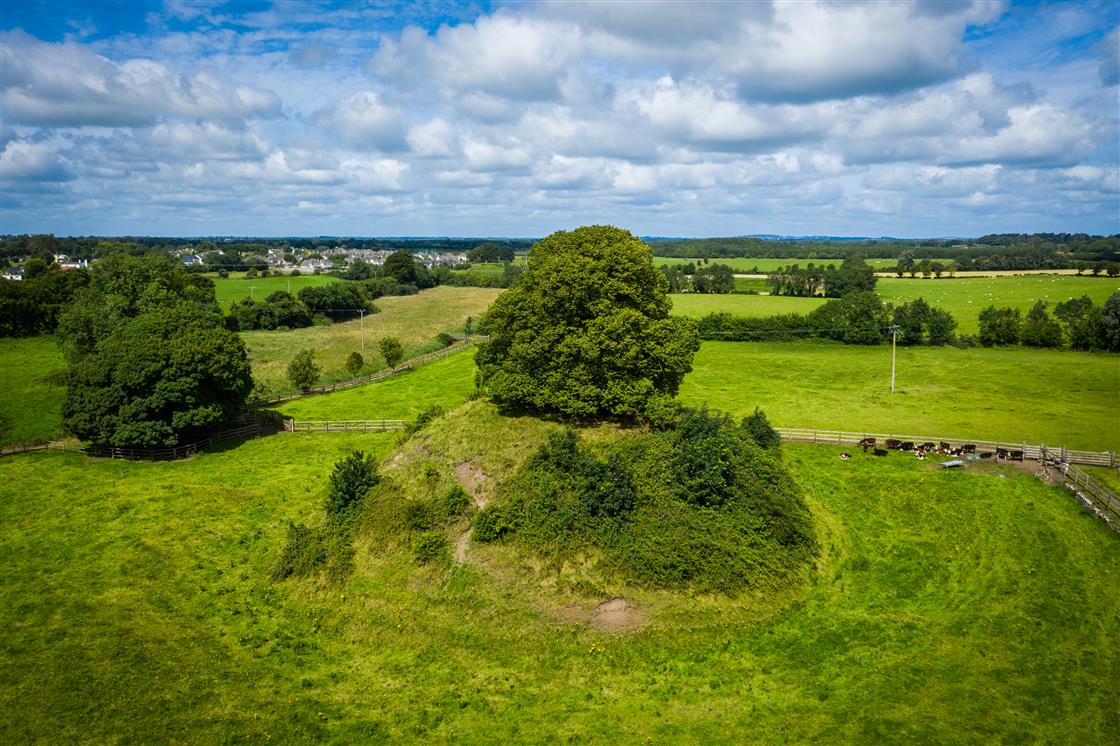 A team of Drogheda locals came together to map four walks which highlight the natural beauty, built heritage and historical wealth of our town. The walks range in length from the 1.5km ‘Five Bridges’ walk, to the 6.5km ‘Steps’ walk.  The 4km historical ‘Walls’ walk and pretty ‘Spires and Towers’ walks traverse both sides of the river and reveal great views.

The walks are aimed at locals as much as visitors to enjoy, and you can share your photos on #droghedawalks

A highly informative and entertaining guided tour that visits many of Drogheda's historic sites and gives information on others. 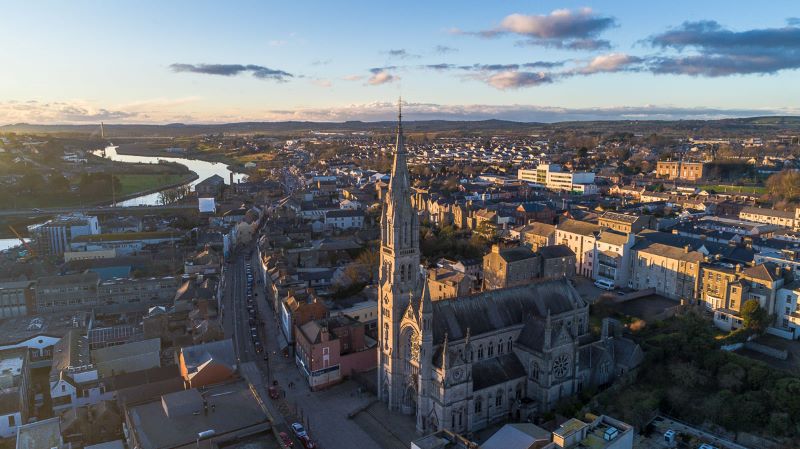 In the ninth century, Kells was known as ‘Áinius Érenn’ or ‘The splendour of Ireland’.

The town will be forever associated with the illuminated gospels that originated here over 1200 years ago. Even then, Kells was a renowned centre of learning and enlightenment thanks to the influence of St Colmcille who founded a monastic settlement here in the sixth century. 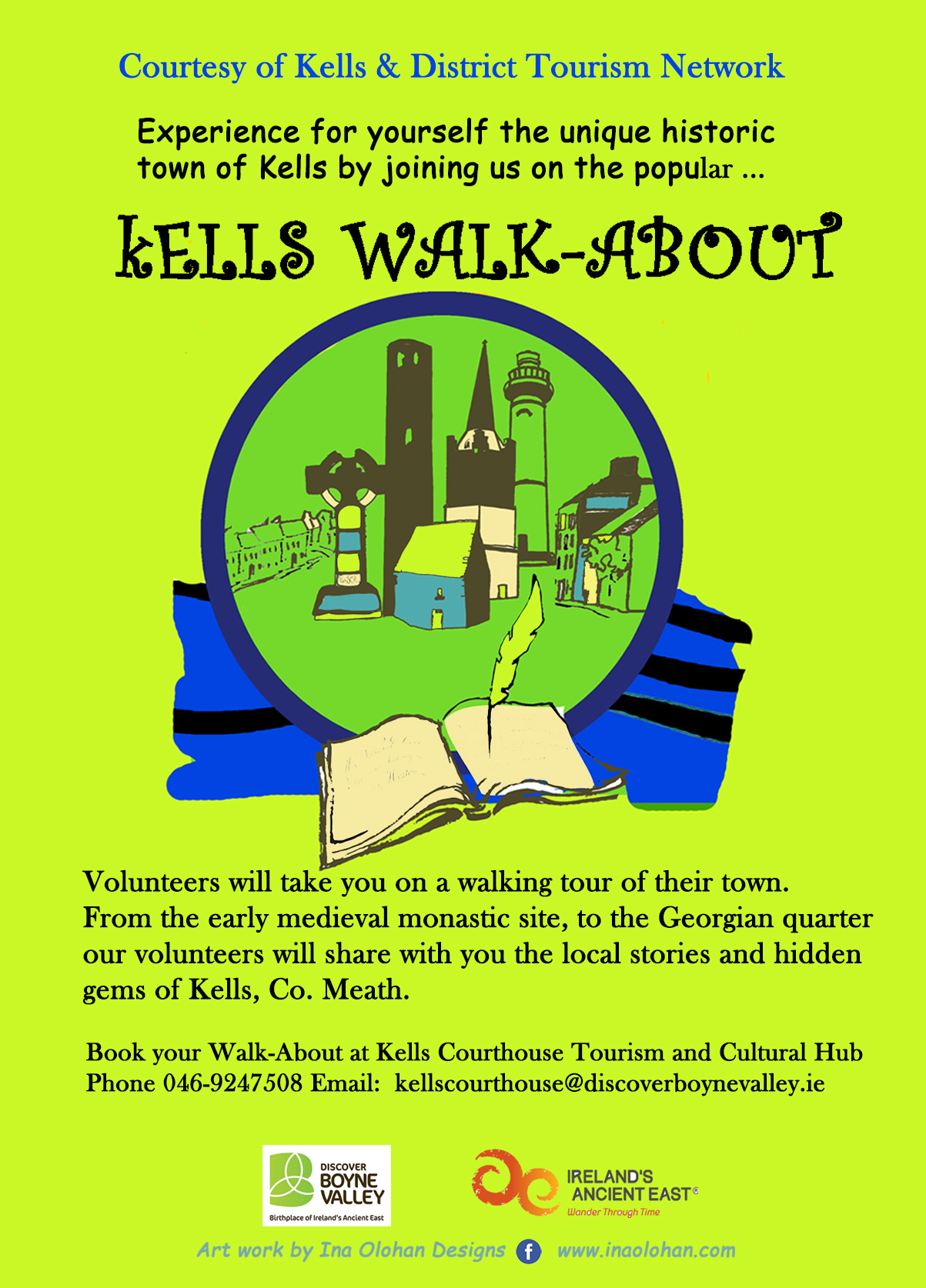 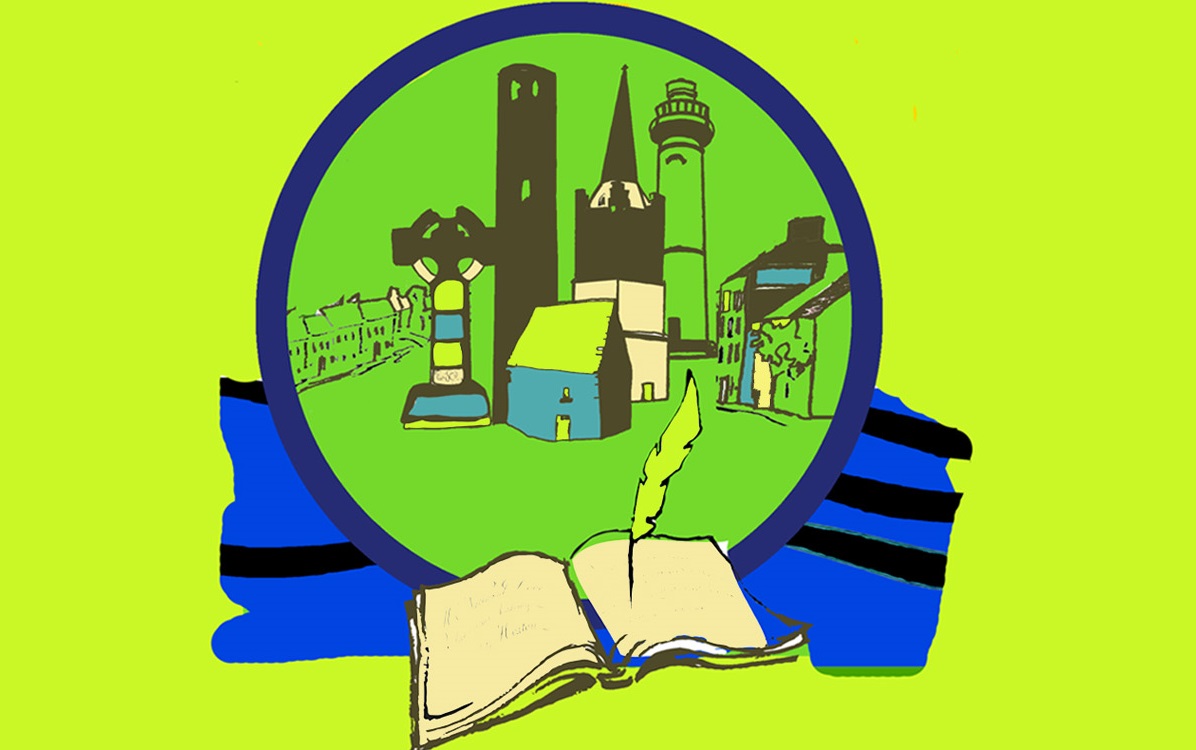 Navan, located in the heart of the Boyne Valley, is a vibrant business, shopping and tourist destination with plenty to interest the modern visitor. The Navan Points of Pride town walk starts at the Solstice Arts Centre and is 4km long. Navan also offers the stunning Ramparts Canal Walk along the Boyne if you wish to turn your short walk into an adventure.

At a leisurely pace it can be completed in approximately 2 hours and profiles the following points: 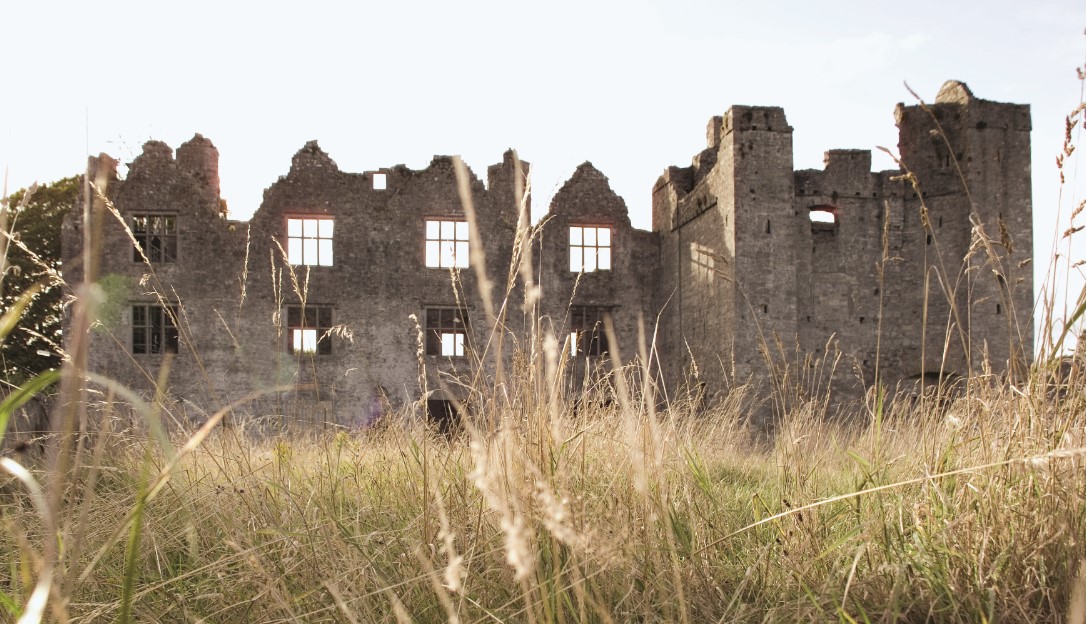 One of Ireland’s most well-known towns, Slane has been shaped by centuries of continuity, personal commitment and constant reinvention. Legend says that over 1500 years ago, St Patrick lit a fire that signalled a transformation in Ireland’s identity. 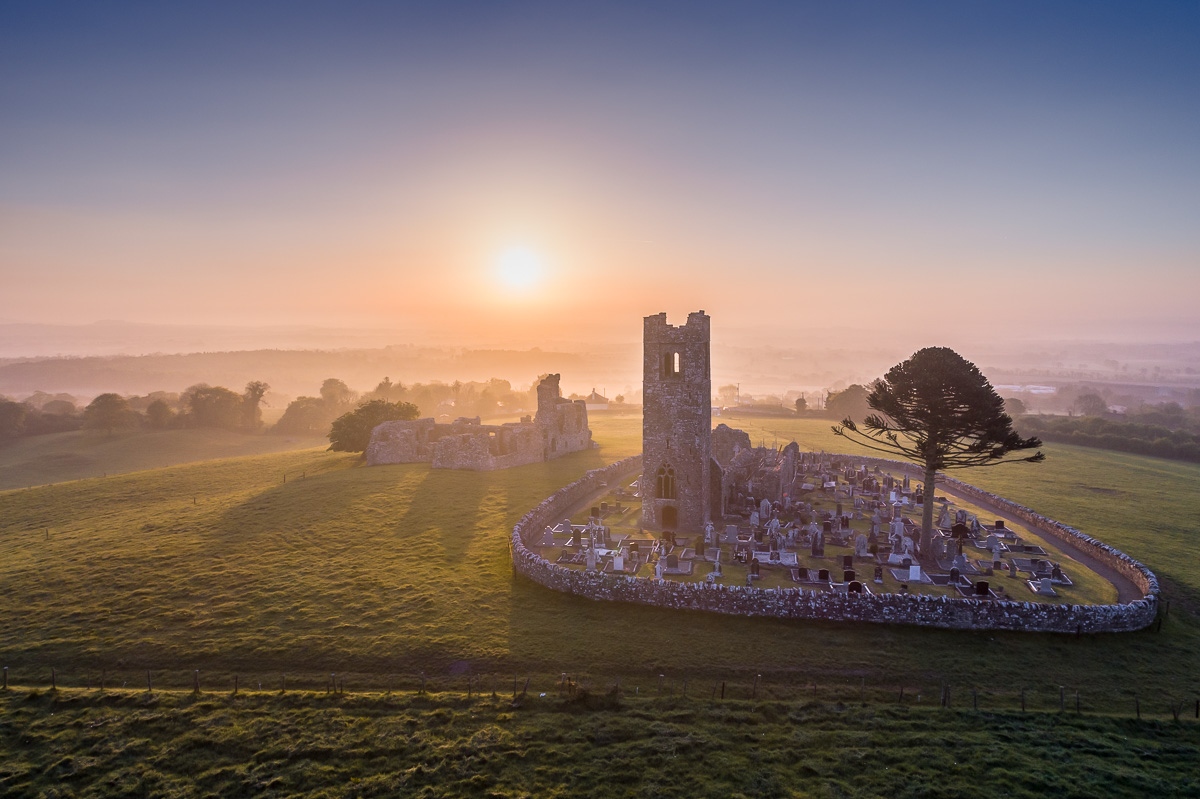 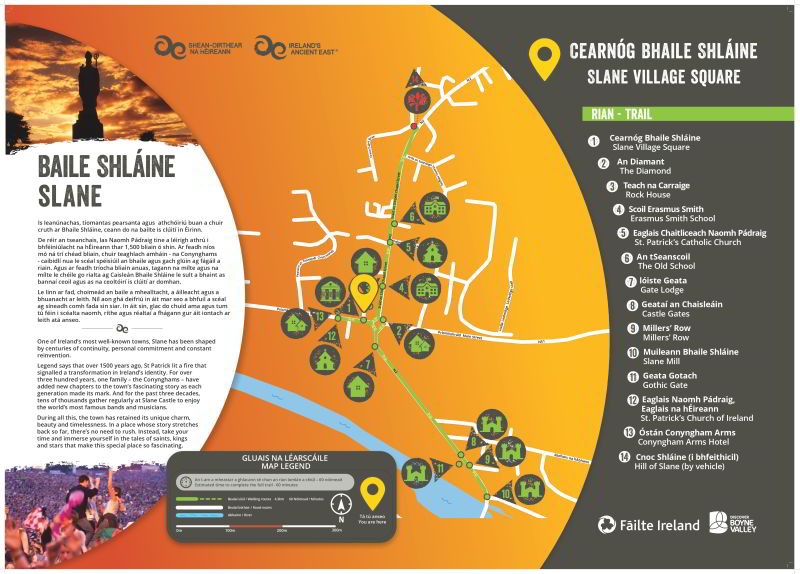 This fantastic town trail breathes life into the historical significance of Trim. Start at the Visitor Centre and follow the historical signs to learn about Trim and its history. Weaving around the streets of the medieval town you will see the old town gates, the remains of the old leper hospital, the Tomb of the Jealous Man and Woman. 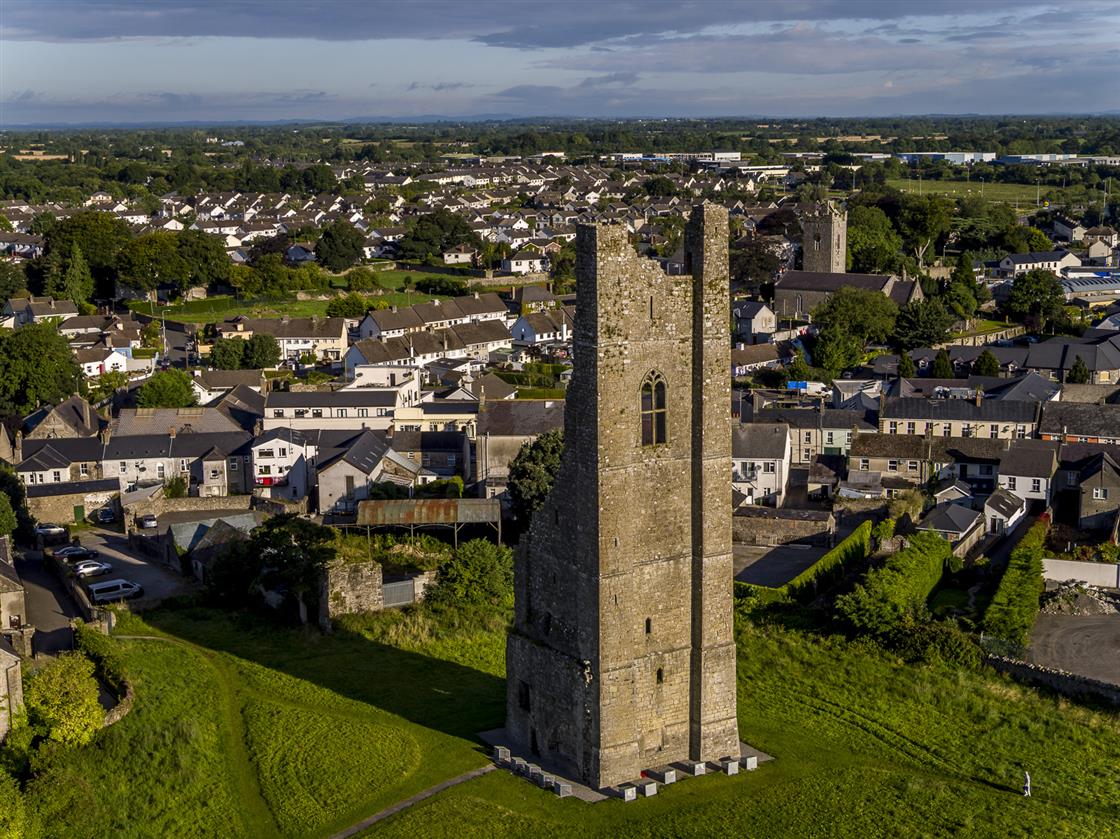